Do you know your ECOTYPE yet? If not, it’s more interesting to find out first (see YOUR ECOTYPE) then come back to this page and read more about each of the five ecotypes.

If you care about the future of life on Earth, you will have at least one ECOTYPE. You may receive up to five different ECOTYPEs, but are more likely to have two or three, among M, T, F, E, and R. The asterisks denote no fit with a specific ECOTYPE.

If you scored ‘N’ this means that your views were mostly neutral and we were unable to ascertain your ecotype. Try taking the test again while trying to be more strongly viewed.

The other reason you may receive a ‘N’ is if you do not hold any pro-ecological worldviews, in which case you will not receive any of the five main ecotypes (M, T, F, E, and R) and will see five ‘*’ instead. The only way you can change this is to reconsider your views towards nature and the environment.

“All-for-one, one-for-all” is your moto, and not just among humans, you stand up for all life forms. You believe that humans are not the most significant entity in the universe.

You believe that plants and animals have as much right as humans to exist, and believe that we are not meant to rule over the rest of nature or have the right to modify the environment to suit our needs. You therefore reject an anthropocentric (‘humans first’) view, instead recognising the web of life. You are aware of the increasing blurring of boundaries between human-nonhuman and life-nonlife, as science reveals more and more connections. The stronger your rejection of anthropocentrism, the more you are likely to contemplate the connections between entities and how your actions impact ecology. “If I eat less red meat that will help the rain forest and reduce harmful greenhouse gases, but if I eat more fish then I may harm fragile ocean ecosystems. Maybe, I should eat farmed fish, but I hear that they harbour parasites that spread to wild fish populations. I’ll go vegetarian, but must make sure I buy organic . . .” Your thinking will increasingly invade all aspects of your life.

If you score an M+ you are likely to hold yet deeper ecological worldviews, believing in a communism of humans and non-humans alike or an ‘ecocommunism”. At its most radical you support a de-anthropocised concept of ‘us’, meaning all life, simply ‘being together’. You may find yourself haunted by nature, “I am nature”, being surrounded by entities, even absorbing them. This is your ‘ennui’, a spectral mist that surrounds you, its opaqueness blurring boundaries between the seen and unseen, the known and unknown, filling your lungs with every breath. The more you think of these concepts the more they unnerve your sense of the world, and begin to haunt your every day, questioning your encounters with the living or non-living, sentient or non-sentient. You may harbour fatalistic views about Earth and its life forms, including your own ‘short’ life. Afterall . . . “I am only a collection of atoms and will return to dust before my ‘rebirth’ as another lifeform”. Such views can be liberating and Musketeers are often highly successful people, being unencumbered by vanity and emotionally intelligent.

We’re all in this together, and we rely on each other to succeed. As a team player, you respect others and their needs.

You believe that despite our special abilities, humans are still subject to the laws of nature, and you are not certain that human ingenuity will ensure the Earth remains liveable, nor that we will eventually learn enough about how nature works to be able to control it. You therefore reject exceptionalism, the concept that humans are unusual or extraordinary, and in any way different from the rest of nature.

Being conscious of the needs of others and mindful of your own power, you are more likely to offer a positive message about the future of environmentalism, especially to those whom may be less used to thinking in this way. You are likely to articulate inspiring ideas involving vision and innovation, such as the green economy, rather than messages of doom and gloom. You recognise that his may be the best means to counter typical anti-environmentalism, such as talk of concern about energy security or lack of jobs.

If you score an T+ then you hold onto these beliefs very strongly, and you may well be active in pursuing these goals, both in your personal life and work. You will carry a torch for modern environmentalism. You may hold strong political views and are less likely to be nationalistic, but instead more concerned about global progress towards positive environmental and social goals. In your heart, you may harbour concerns about the future success of the human race unless our culture can truly recognise that we must be in tune with nature to conserve the planet and life itself.

Your highly tuned senses make you more aware than most people of the delicate position of the world’s living organisms and the fragility of life.

You believe that when humans interfere with nature it often produces disastrous consequences because nature is finely balanced and very delicate, making it easily upset. You think nature is not strong enough to cope with the impacts of modern industrial nations.

Humans are walking a tightrope at the moment, and if we fall, it will be a long way down. Fundamentally, you are very aware of the delicate balance of Earth’s natural systems. The delicate equilibrium between all living organisms (plants, animals, fungi, single cell organisms) and their natural environment is a miraculous thing but so very finely tuned over such a long time, that sudden shocks and long-term change caused by human activity can be devastating. You are highly aware of this and think that the consequences are difficult to predict, and my even affect human life.

If you score a F+ then you really are on a high wire. Be careful that you do not spend too long wondering what may happen if we fall, but instead focus on the way forward. What can you do make sure humankind continues to achieve success without harming other life? Perhaps it could be your lifelong goal, your Sādhanā, and a measure of ultimate personal achievement, if you work to ensure that humans can learn to live without affecting nature and the environment negatively. 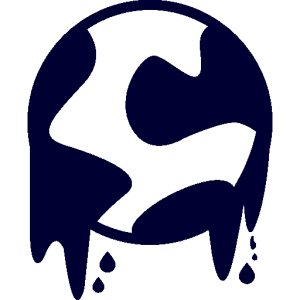 Just as humans consist of mind, body, and possibly soul, so too do all living things. That’s why you may struggle with understanding the meaning of life, especially when it is so fragile.

You believe that humans are seriously abusing the environment and that if things continue on their present course, we will soon experience a major ecological catastrophe. You absolutely reject any notion that an ecological crisis facing humankind has been exaggerated.

If you score a E+ then you are not only aware of the fragility of life on Earth, but conscious of your role in the web of life and perhaps thinking about what you could do to make more people aware of the imperative to make positive change happen, and fast. You are highly conscious of your own abilities and have confidence that the authenticity of your beliefs will help you spread the word about the urgency of our environmental peril. In that way you are not prone to despair, instead focussing on positivism and rational thinking to help find a good outcome for humankind and life on Earth. 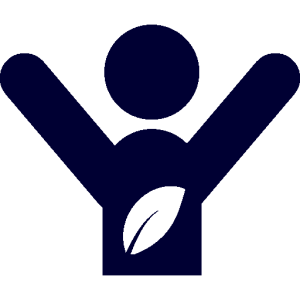 The reality is, there’s limits to the growth that’s possible on Earth, and you know that. You have your feet firmly on terra firma.

You believe that we are approaching the limit in the number of people the Earth can support, given that it has finite capacity and resources. You don’t think that there are plenty of natural resources even if we could learn how to develop them. Given the exponential economic development and population expansion, all supported by a finite supply of resources, there’s only so much more that these can grow before they are seriously impeded. Add concerns about food security, increasing pollution, and climate change to the mix, then it’s only so long before the collapse of civilisation as we know it. If we continue under ‘business as usual, we face the classic business case of overshoot and collapse of the world’s economy and human societies, together with serious impacts on the environment, by the latter half of this century.

If you score R+ then you are convinced that continued efforts towards industrial growth, requiring ever-increasing supplies of natural resources, will lead to catastrophic falls in industrial outputs in the first half of this century. Combined with rising pollution and the impacts of climate change (including sea level rise), plus the effects of significant economic failures, human health will deteriorate with rising death rates and falling birth rates. You recognise that these impacts may come very suddenly. Indeed, you may already be planning for such uncertainty, especially when you see the world’s heads of state continuing to ignore the warning signs.